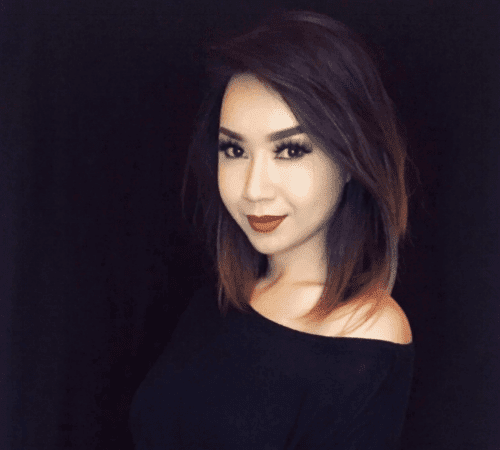 KATIE’S PASSION FOR ART BEGAN AT A YOUNG AGE
Katie came to the United States when she was just thirteen. She watched her parents struggle to make a living in a foreign country, and because of this, she started working at a very young age to help them. She soon developed her artistic skill, and it was recognized when she was awarded first place in an art contest in high school. She then went on to studying art in college.

IN 2008 HER CAREER IN BEAUTY BEGAN
In 2008 she opened her first beauty salon. Only one year after that the second location was opened. Two years later she went back to Vietnam to learn permanent makeup. She then continued to travel around the world to learn many different Microblading and PMU techniques from the top masters. Her attention to detail and broad education from many places and masters has made her one of the best Microblading artists in the world!

THE FOUNDING OF THE ADVANCE MICROBLADING ACADEMY
With help from her teachers and legal team she started Advance Microblading Academy in 2015, where she began teaching classes and certifying students in her techniques.

She now travels across the United States to give classes.

Her passionate artistry, talent, knowledge, and expertise coupled with her advanced techniques have transformed her into the highest demand microblading artist in the Midwest, and the most famous Microblading & PMU Educator in the US.

Microblading and changing people’s lives by giving them self confidence are her passion. Her goal is to teach her students all of the techniques that she learned as well as what she has learned from her own experience, and to make them into great Microblading artists. She treats her students with love and care while nurturing them on this path.

Her works are now seen and enjoyed by hundreds of thousands of people on Facebook and Instagram, with many before and after pictures and videos from her clients. She is changing lives through her art every day.

Advance Microblading Academy was founded in 2015 by Katie Dang. We offer many services for natural semi-permanent makeup, we offer classes all over the United States each week.

Our goal is to empower our students through the best training possible so they can become outstanding Microblading and Permanent Makeup artists.

We are working with other artists to expand our academy in Europe and Asia as well.

We will offer online training and support for students soon.