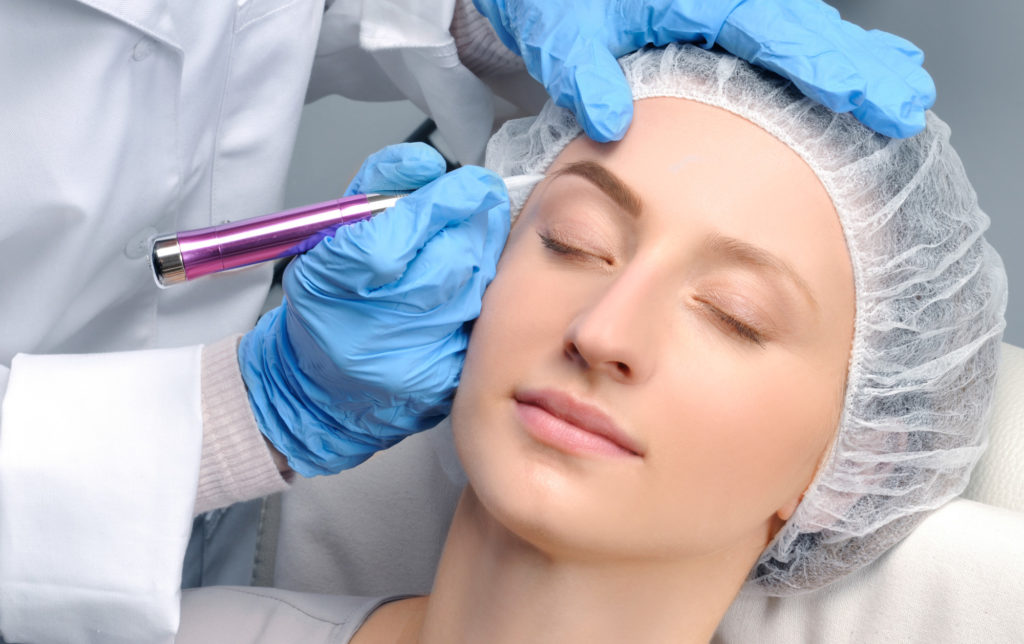 Microblading has seriously come into popularity over the past few years with the rise in perfectly styled eyebrows across the internet. If you’ve ever gotten microblading done for yourself, you might have wondered what it would be like to get into the business yourself.

Being a microblading technician isn’t as easy as it might look, but it’s a really fun and rewarding career to anyone who loves beauty and cosmetology. Believe it or not, it can also be incredibly profitable for the right microblader.

Do you think that this might be the right career path for you? You might just be right. Keep reading to learn just a little bit more about what goes into the salary of a microblading artist.

How Much Can You Expect to Make as a Microblading Technician?

Microblading artists make a surprising amount of money if they get themselves into the right market.

As with any job, the salary is going to range and vary depending on where you live and the type of clientele that your shop or salon tends to see. While microblading tends to be more of a “high end” procedure, it’s incredibly popular right now, so there may be shops that offer a discounted option.

That said, a good microblading artist can expect to make a very comfortable living as long as they’re willing to put the proper amount of time into their craft.

Microblading services range in price, but a client can expect to pay anywhere between $300 and $900 for the work to be done. Even with that range, with an artist seeing multiple clients per week (and even per day), there’s a lot of money to be made.

This is obviously a pretty wide range, and it depends on a lot of factors. The amount of money that an artist takes home is also going to vary depending on several of these factors.

Microblading technicians in major metropolitan areas are more likely to have a satisfying and profitable career in their field. These areas generally have a higher cost of living overall, and thus can charge higher prices for specialty services like microblading.

Conversely, if you live in a smaller city, or even a town, the cost of living will likely be much lower. Generally speaking, unless you work in a very fancy shop or salon, your rates will also have to be cheaper.

That said, you’ll also have a lower cost of living for yourself. The lower rates will feel higher.

Microblading does have a cost to the microblading technician as well. There are needles, pigments, and cleaning supplies that will all come out of your income. There’s also the issue of where you’re working.

If you’re working solo, you don’t have to give a cut to anyone, but you will be paying the normal fees that come with owning a small business or whatever costs that are associated with your business location.

You might also be working in a salon, or less commonly, a tattoo shop. There are a few options for these, but generally, you have one of two options given to you.

For one, you could rent a chair. You pay a certain amount of money every week or month in order to perform your services. You might also be given the option to, instead, give out a small percentage of your collected money per sale (so, for example, instead of making $100 per hour, you may make $80, which is still a healthy starting rate).

It’s possible that neither of these will be a factor. It’s totally dependent on your situation.

If you’re just getting started, you should expect to make less money per hour than someone who’s a seasoned professional. Don’t worry though, you’ll get there!

Because the money is per appointment, you’ll make less money if you see fewer clients. Microblading can take anywhere between 1.5 and 3 hours. When you first get started, you’ll still be learning the ropes! When you learn to move more quickly, you’ll be able to see more clients and make more money per day. You’ll also build a list of return clients.

Even starting microbladers can likely pull about $100 per hour depending on the previously mentioned factors.  It’s a lot of money for someone just getting started in a field. The work is difficult and precise, so if you’re able to do it, you’re really earning that money.

The longer you work and the more you refine your skills, the more money you’ll be able to make. You get to earn money based on your skills and effort. Once you’re established in your craft, your set rates and times can net you 6 figures with ease. Clients are happy to pay a premium for experienced microblade artists.

It’s crucial to build up a happy group of clients that want to keep returning to you over and over again.

While microblading, done well, can last over a year, if you have enough clients you’ll be seeing people every single day. Even if you’re making about $100 dollars per hour (before taxes and fees) even having only 2 clients per day (at roughly 2 hours each) 5 days per week will have you making $2000 per week (or just over $100,000 per year before taxes).

That’s a lot of money.

Now, it’s likely that you won’t have consistent weeks. Some weeks will have many clients, some will have few. Some weeks you’ll be so busy that you’ll be turning people away; this will likely happen approaching prom or wedding seasons.

At the end of the day, though, so long as you build up a clientele base and you keep people coming back to you and spreading your name around, you will be making money.

Being a Microblading Technician is Incredibly Profitable

While the profits vary, it’s clear just from the cost of the procedure that even a moderately successful microblading technician could earn 6 figures.

While it’s hard to find exact numbers online because of the vast ranges in locations and hours worked, you can expect to make an average of $100 dollars per hour. How many hours are you willing to put into your new craft? How many jobs can offer you that kind of money in your industry?

To learn more about getting into the fine art of microblading and potentially chase this exciting career for yourself, visit our site.