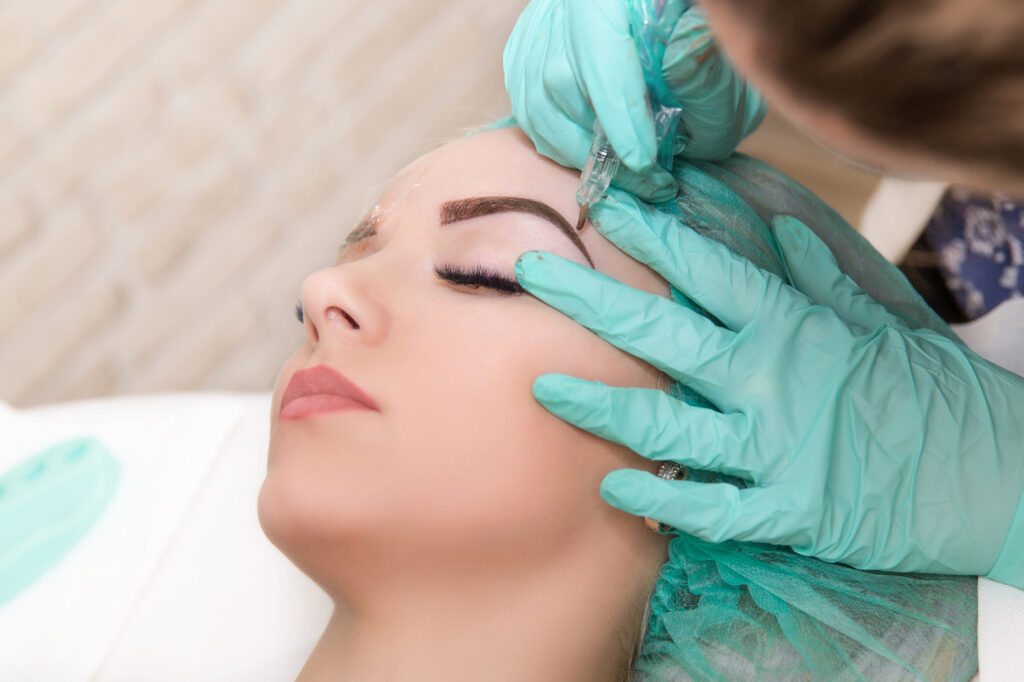 For many people, eyebrows can be one of the longest parts of their get-ready routine! Despite the rule of “sisters, not twins”, it can take many pain-staking hours to put together a set of eyebrows you feel good leaving the house with.

That’s where the benefits of microblading come in.

Microblading is a procedure much like a tattoo, where so-called hairs are put onto the skin using ink and needles. They can give the appearance of much fuller eyebrows, and make them completely even.

It’s the hottest new trend, and it’s on the rise.

Not convinced? Read on to hear about all the benefits of microblading and you might just decide you need this done.

There are many ways you can make your eyebrows low maintenance in the morning. You can have them tinted or dyed, waxed or threaded, and go back every six weeks to keep them looking full.

However, most of the time, you’ll still have to fill them in in the morning. Even eyebrows that are consistently waxed and tinted still need some maintenance in the morning.

Microblading, however, means you literally don’t need to touch them. They’ll be perfect, full, symmetrical, and shave hours off your make-up routine. What else could you ask for from a procedure?

The Results Last a Long Time

Most eyebrow treatments last for six-eight weeks. Tinting can often fade much sooner.

Even though these treatments will make your eyebrows lower maintenance to deal with for a short while, you keep needing to get them done. That can be a hassle — you need to carve time out of your day and your budget for upkeep.

So how long does microblading last?

Microblading can last anywhere between 18-30 months. If you’re very careful with aftercare, it’s likely to last the longest, and you’ll get the most out of it.

Even 18 months, however, is impressive. Imagine not having to pick up an eyebrow pencil for that long!

It should go without saying, but microblading means waterproof eyebrows.

When you visit the beach, go to a pool party, or get caught in the rain, one of the most annoying things is to watch how quickly your make-up leaves you. It can make someone self-conscious who doesn’t like to be bare-faced in public and although it’s ideal to be confident in yourself, this is understandable, and the same for many people.

Microblading means that even though your foundation and mascara may slide off, you’ll still be equipped with perfect eyebrows when you emerge from the water (or the storm).

Tattoos in general can be a bit of an intimidating procedure. For those who aren’t good with needles or consider themselves to have low pain tolerance, it might be hard to go through with such a thing.

You needn’t worry. First of all, microblading is considered safe. Possible side effects, such as an infection, only come from unhygienic practices.

Therefore, like all procedures, it’s essential to research the place. If you’re googling, “where to get microblading”, don’t pick the first result near you. Take time to look everything over, search for reviews, and visit the place if possible. That way, you can be confident the environment is sterile.

The other fear people have, surrounding the pain, is usually unfounded. It can sting a little, but rarely do people find the pain so unbearable that they never go back again. On the contrary, most people are surprised to find it’s a lot less painful than they expected!

If you’re nervous, you might be able to ask the person doing the procedure to give you a feel for the needle first before putting ink in it. That’s a common practice amongst tattoo artists for people who’ve never had it done.

For those who love to get their eyebrows dyed and tinted, their worst fear is that the result doesn’t look natural. It’s too easy to overstep the mark and have blocky-looking eyebrows that look drawn on, which is what most people don’t want!

Because microblading is drawing on each individual hair, it’s almost impossible for the result to look unnatural. Every hair is individual, just like with a real eyebrow, and there’s no overlay of dye.

If you’re nervous, ask the person performing the procedure to show you pictures of previous microblading jobs they’ve done. It’s common for people to have a portfolio, or keep before and after pictures for social media, and they should be happy to reassure you and take any fear away about the end result!

It’s Worth the Price

Another thing that can scare people away is the price.

Microblading is an expensive procedure — of that there’s no doubt. Prices will vary depending on where you are and who does the job, but you can expect to pay hundreds of dollars for a quality job. There’s no getting around it.

Think of the time you’ll save, however — as well as the money on eyebrow products. After 18-30 months, it’s more than likely going to be a profit!

Of course, it’s important to follow aftercare instructions carefully to make sure you get the most out of the procedure.

There Are So Many Benefits of Microblading!

The benefits of microblading are numerous and vast, so if you’ve been considering getting it done, it’s time to take the plunge. You’ll save time, money, and wake up every day with a pair of gorgeous, symmetrical, waterproof brows — what could be better than that?

Do you want to learn how to be a microblading artist and make a difference in someone’s life? Check out our training today.